This past year I’ve been trying to take my kids on small trips one by one. It’s been really good for them. I have 4 kids and spending quality one on one time with them is nearly impossible on a day-to-day basis. But taking them on a mini-vacation, just the two of us has been so helpful.

It’s helped us create precious memories and provided some valuable bonding time, which is priceless. I’ve especially loved traveling with my teens and almost teens!

Watch our video to discover what to do in Puerto Rico

Thank you to Isbell Family Films for creating this video

As a  Christmas gift this year I gave each of my kids their own special trip with me. It was a great way to be able to buy less stuff, but still provide them with the gift of experiences, which we really try to do more of in our family. This winter, I also chose trips that would help us get some sunshine and get outside more during the cold, dreary days in the DC area. For this trip with my 10-year-old, I chose Puerto Rico! It’s somewhere neither of us has been and I found super cheap flights for $130 round trip for our Puerto Rico vacation.

READ NEXT:
How to Fly for Cheap or Nearly Free

Now that my kids are in school full time, it’s getting trickier to travel with them. I knew I’d have to plan this trip to Puerto Rico as a long weekend. So we flew out Friday afternoon and came home Monday night. That gave us 3 days in Puerto Rico, which was the perfect amount of time to get a taste of this beautiful island!

As part of our worldschooling, I love to help my children learn about each new place we visit. It was really fun researching this island together and discovering interesting facts and also the best things to do in Puerto Rico together. 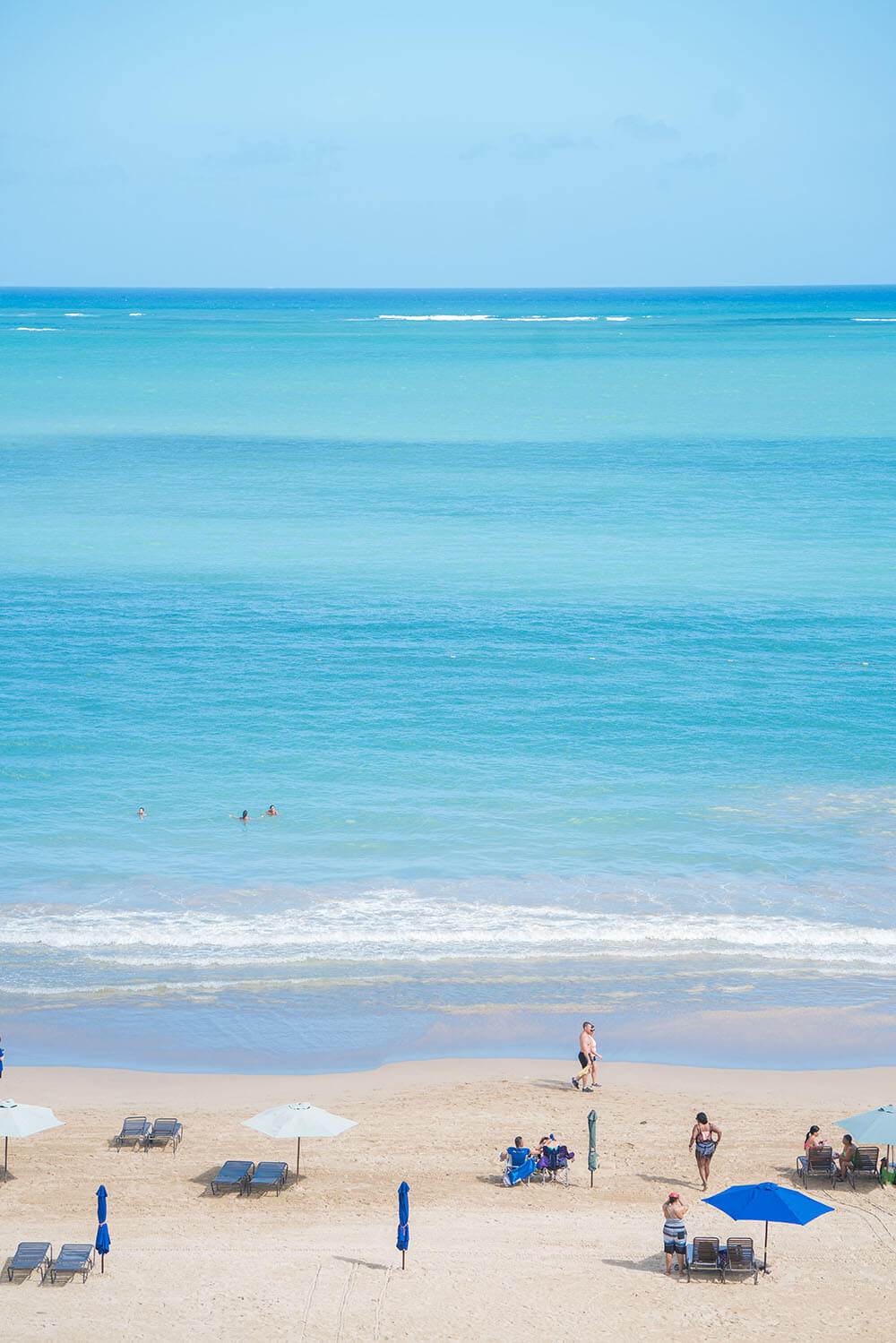 Here are several questions I’ve gotten since my trip to Puerto Rico:

READ NEXT:
How to Worldschool 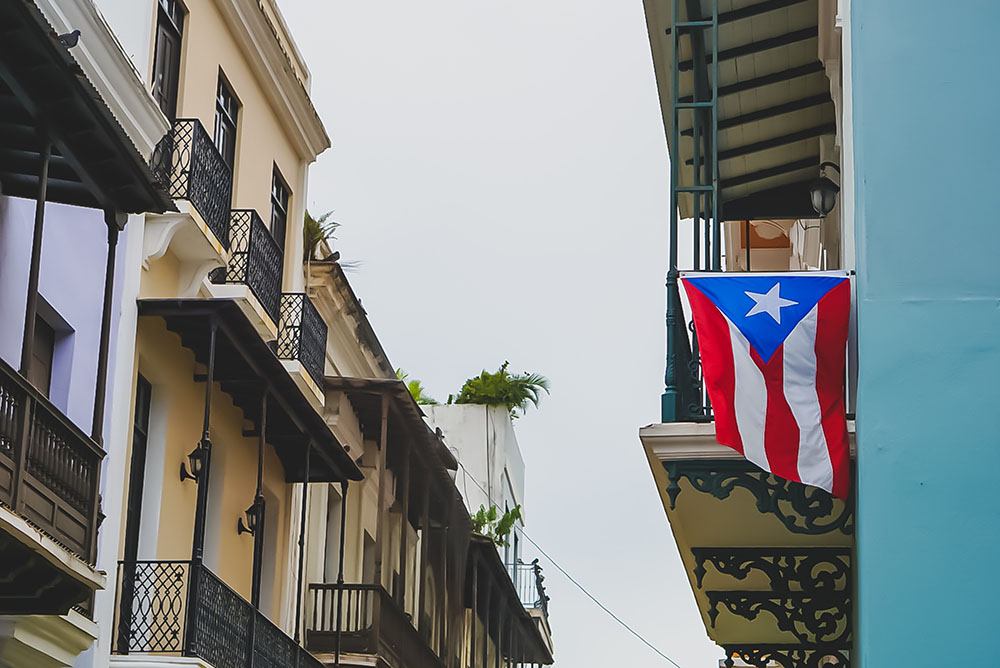 A Brief History of Puerto Rico

Puerto Rico was originally inhabited by the Taíno people, who also occupied Jamaica, Cuba, the Bahamas, and other islands. Following the arrival of Christopher Columbus in 1493, it was controlled by Spain. There were many attempts by the Dutch, French, and British, to take over the island, but the Spanish ultimately prevailed for the next four hundred years.

Puerto Rico was acquired by the United States at the close of the Spanish American War in 1898. Puerto Rican citizens were then granted US citizenship in 1917 and can now move between the mainland and Puerto Rico without a passport. In fact, while we were in Puerto Rico, it was US Citizenship Day (March 2), but to be honest, I was in downtown San Juan and didn’t see anyone celebrating! Food for thought.

In 2017, Puerto Rico was devastated by several hurricanes. Even today, in 2019, it was talked about everywhere we went. Hurricane Maria created the largest power outage in American history!  Puerto Rico is definitely still recovering from the damage, but in my opinion, it felt very safe and easy to visit.

If anyone knows me in real life, they know I love to read. I especially love to read books about the places I’m going to visit or destinations I’ve visited in the past. I think there’s no better way to connect with a destination than to read its stories! These are the books I read before visiting Puerto Rico. If you want a great list, check out these 100 Books that will feed your wanderlust!

READ NEXT:
100 Best Inspirational Books that Will Make You Want to Travel the World 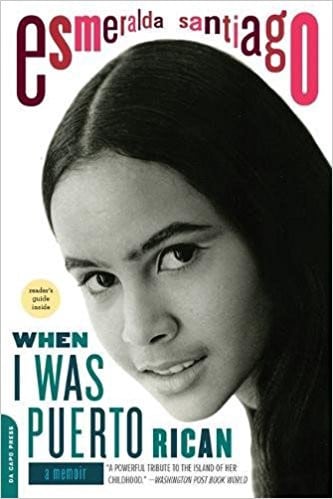 When I Was Puerto Rican    by Esmerelda Santiago

This is a touching memoir about a girl who grew up in Puerto Rico and made the transition to living in New York as a girl. 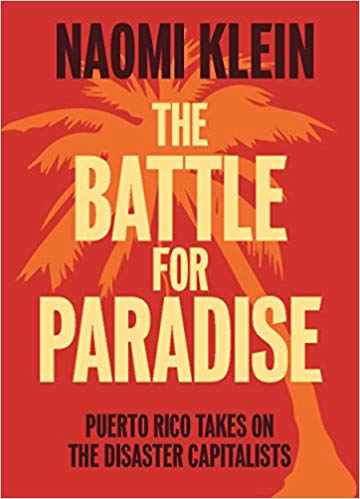 The Battle for Paradise   by Naomi Klein

An interesting book, written in an unbiased reporter style,  in the aftermath of hurricane Irma and Hurricane Maria about equality and sustainability in Puerto Rico. It discusses the need for Puerto Rican communities to come together and take care of themselves and one another instead of relying on investors and government. 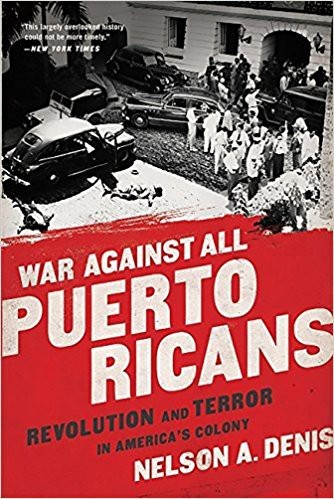 War Against All Puerto Ricans   by Nelson A. Denis

Another book written in the Puerto Rico hurricane aftermath. This book discusses the many struggles of Puerto Rico even long before the hurricane crisis, including a failed insurrection against the mainland, an attempted presidential assassination, covert CIA operations, and the first ever U.S. bomb strike against U.S. citizens. It’s a fascinating read. 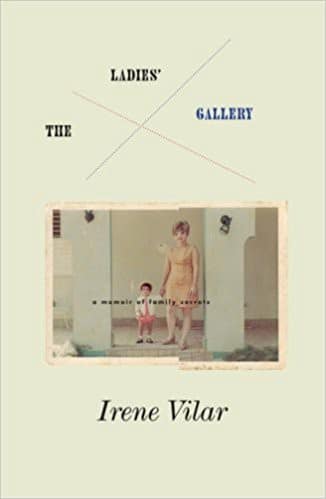 The Ladies Gallery: A Memoir of Family Secrets   by Irene Vilar

In this interesting memoir, Vilar tells about her grandmother, Lolita Lebrón, a Puerto Rican political activist who served 27 years in prison for opening fire on the U.S. House of Representatives in 1954. Interesting, if not disturbing read. 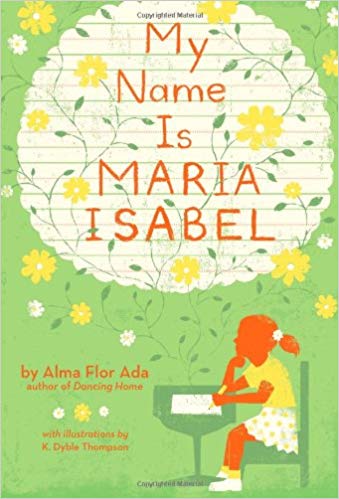 My Name is Maria Isabel   by Alma Flor Ada

A cute story to introduce Puerto Rican culture to young readers. This book is about a little girl of Puerto Rican descent whose teacher decides to call her Mary instead of her Maria Isabel, a name she inherited from her Puerto Rican grandmother.

Now that you know a little bit more about Puerto Rico, I hope you’re ready to dive in and book your trip there! Here is all the information you’ll need to have the best 3 day trip to this beautiful island!

Where to Go in Puerto Rico

Puerto Rico is a small island, but it will take you much more time than you think to see the whole thing. Even though we were there for a solid 3 days, we barely scratched the surface of even one tiny section of the island. We stayed in the area between San Juan (the capital) and Fajardo on the east side of the island, with a day trip to Vieques, one of the outer islands of Puerto Rico.

As you can see, we hardly covered any of the island at all even though we were going nonstop! There’s so much to see and do just in this little pocket of Puerto Rico! If you’re only traveling to Puerto Rico for three days, I recommend sticking to this part of the island. You’ll get the most bang for your buck and for your time!

Getting Around Puerto Rico

Several people warned me NOT to drive in Puerto Rico! So, naturally, I drove in Puerto Rico! Honestly, I didn’t think Puerto Rico driving was that bad, but I have heard horror stories. But if you’ve ever driven in Italy, this is a piece of cake!

If you are renting a car, I highly recommend renting from Alamo, Hertz, Enterprise, or National, as these car rental companies are all just outside the Airport exit. If you rent with Dollar or any of the other companies that are not the four mentioned above, they will be about 15 minutes away by shuttle, which is just a pain for pick up and drop off!

The Best Places to Stay in Puerto Rico

Puerto Rico offers a wide variety of places to stay from vacation rental homes to all-inclusive resorts to local Airbnbs. Many of the Puerto Rico resorts have been affected by the hurricanes and are closed down right now (2019).

Everything we looked at was either closed, booked, or very expensive, so we opted to get an Airbnb to save money. We both decided that we wanted to spend the majority of our vacation fund on all the amazing Puerto Rico excursions, activities, and tours available on the island.

We were able to book our Airbnbs for under $100/night. If you’ve never used Airbnb, you can use this $40 coupon to book your first stay. We stayed in this beautiful Airbnb in a part of San Juan known as Isla Verde our first night, which had an amazing view of the beach, and this Airbnb in Luquillo Puerto Rico for the rest of our stay, which was just a few steps from the beach.

Here is a list of affordable Airbnbs in good areas in Puerto Rico in the areas that we stayed:

What to do in Puerto Rico

Now onto the good part! There were so many fun things to do in Puerto Rico that it was honestly difficult to narrow down what our top priorities were. Since it was winter at home, we knew we wanted to swim in warm water and enjoy the outdoors and nature as much as possible!

I’m going to share our Puerto Rico itinerary day by day so that you can make your own schedule if you like! These were all amazing Puerto Rico destinations that I think would be good for any visitor!

Arrive in Puerto Rico in the evening, pick up your rental car. Check into Airbnb/hotel in San Juan. 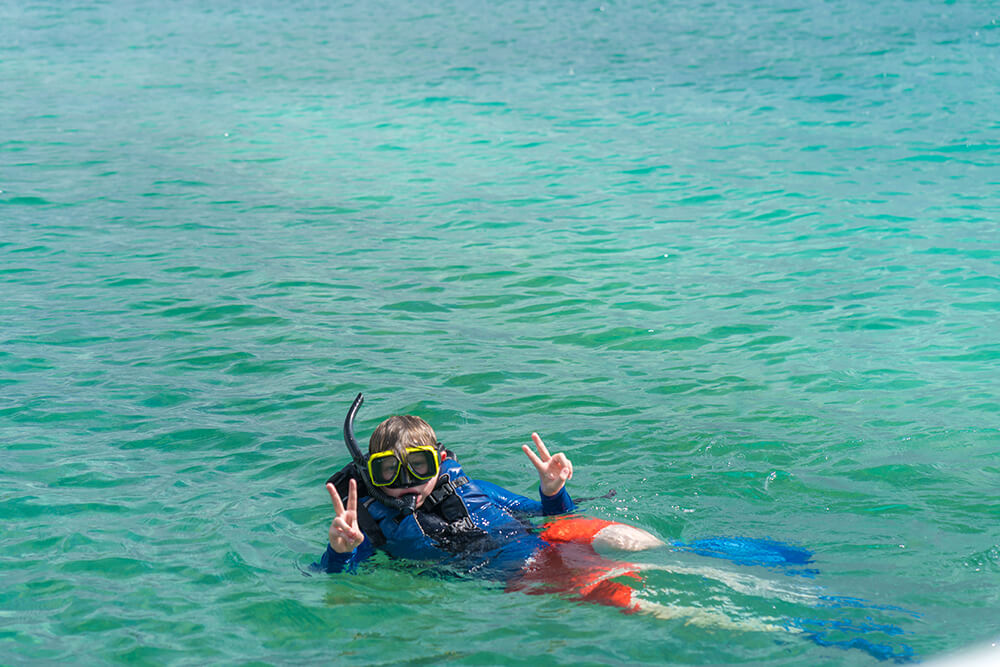 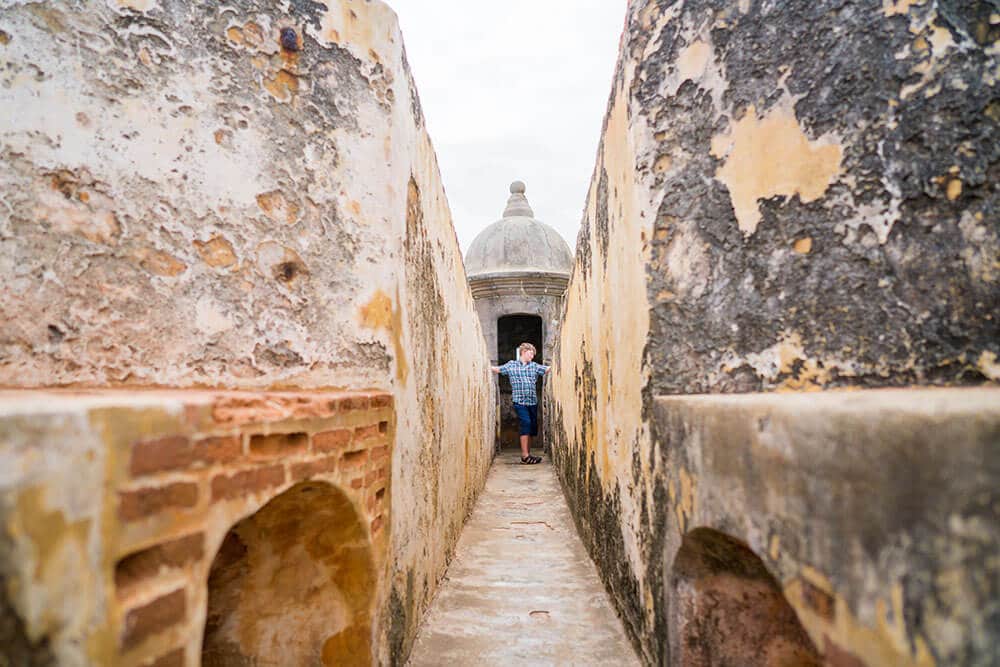 There were so many fun things to do in San Juan Puerto Rico that I wish we had planned at least one extra day here! But we were still able to pack in a ton in just one day! Here’s what we did:

We had an incredible time in Puerto Rico and definitely want to take the rest of the family back! It’s a wonderful, easy, and affordable tropical family vacation destination. There are so many amazing places to go in Puerto Rico and I know we barely scratched the surface here. If you’ve been to Puerto Rico and have more suggestions for our next trip I’d love to hear them. Or if you have any questions or need help planning your trip to Puerto Rico, leave a comment, send me an email, or get in touch on Facebook or Instagram!

5 Secrets No One Tells You About Digital Nomad Travel 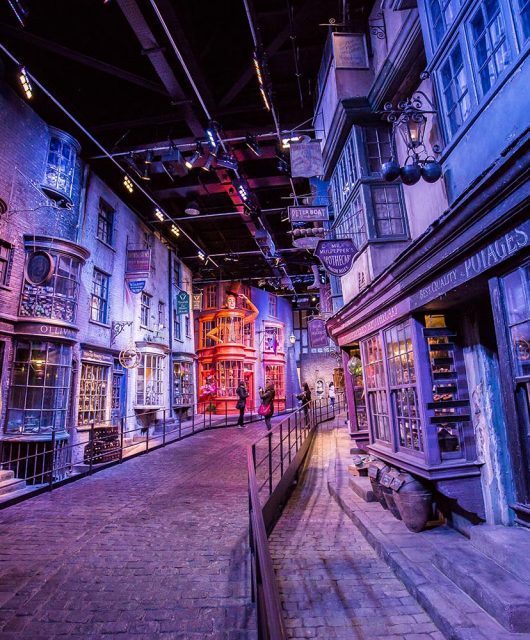 How to Plan the Perfect Harry Potter London Vacation 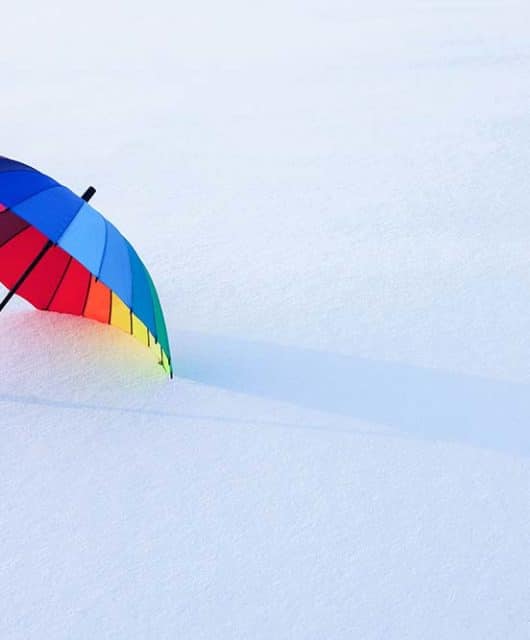 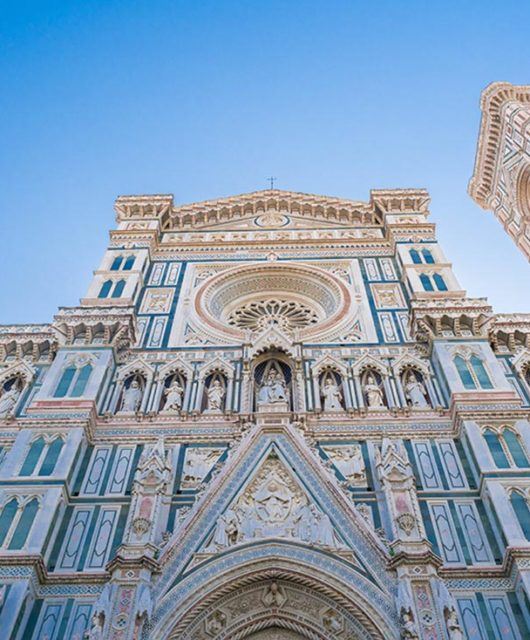 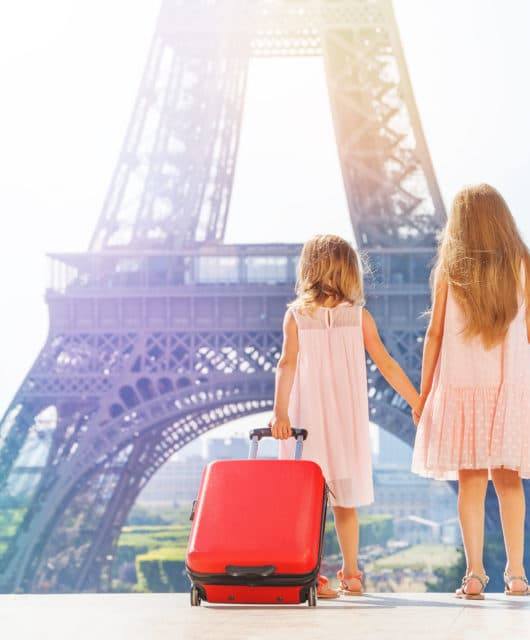 Paris With Kids | The Ultimate Guide 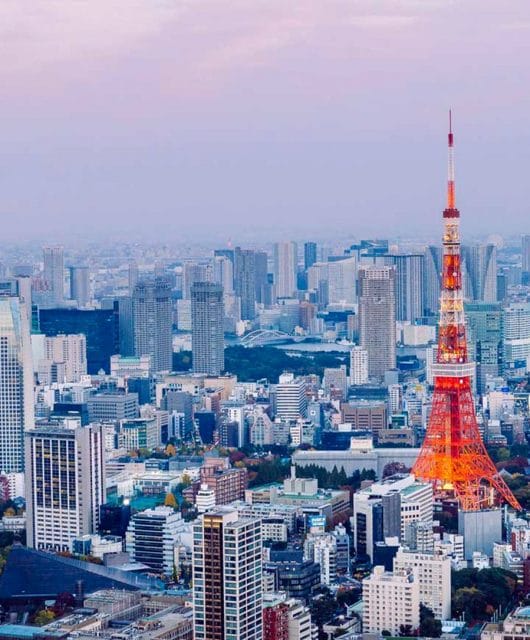 What to do in Tokyo Japan